Even before the COVID-19 pandemic hit, independent medical practices were in critical condition as large hospital systems implemented cost-effective, value-based care systems and hoarded patients’ medical histories – moves that forced many independent physicians who couldn’t compete to give up their practices and join them.

Contrary to popular opinion, independent medical practices were not immune to the effects of the coronavirus pandemic, as patient visits and needs for services plummeted. According to the American Medical Association, 2% of primary care practices closed and another 2% considered bankruptcy at the end of August 2020.

So how are independent physicians supposed to prevent themselves from becoming W-2 employees in the wake of competitive challenges posed by large hospital systems, as well as the task of finding new patients as the pandemic winds down? Here are some tips for survival, based on our conversation with Marni Jameson Carey, executive director of the Association of Independent Doctors, and data from the AMA.

Merge Your Practice Due to the Threat of Value-Based Care 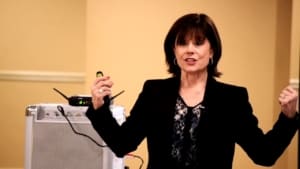 Marni Jameson Carey, executive director of the Association of Independent Doctors, says that independent doctors should band together to offer value-based care.

“I have a problem with value-based care philosophically because smaller practices tend to have established patients, and as doctors get older, their patient bases tend to get older and sicker, not younger and better,” she said. “So, as a doctor, I’m now being measured against my prior year, even though my patients are getting older and sicker, and I’m doing my best. Value-based care goes against the grain of the idea that every year you have to do better than the year before, when natural evolution tells us that people get older and eventually die.”

The answer, she said, is for independent practitioners, be it primary care physicians or specialists to “Ally with other independent doctors and share risk as a consortium, but still stay independent,” she said.

According to a recent article from the Advisory Board, a physician advocacy group that promotes equity in healthcare practices, “As care delivery becomes more complex and value-based arrangements require more upfront resources, very small practices are more likely to struggle financially and be aggregated by larger entities. This may mean hospitals, yes, but it doesn’t only mean hospitals. In fact, many independent physicians are acting as aggregators themselves—buying up struggling practices and offering models that appeal to these fiercely independent shareholders.”

Independent doctors should know that acquiring another practice in order to scale up business may require financing. In such a case, physicians should consult with their accountants as well as seek financing from either traditional lenders or alternative lenders such as Kapitus, which offers Helix Healthcare Financing – lending specially tailored for independent healthcare practices.

Electronically Updating the medical history of patients is the bane of most doctors’ existence, because it involves hours of tedious paperwork and filling out forms. To add to that frustration, independent doctors often have to deal with the fact that their expensive electronic health records (HER) systems are not compatible with those of the hospitals to which they refer their patients. As a result, hospitals don’t know their patients’ medical histories and order duplicate tests and perform redundant procedures.

“This is one of the ways hospital systems try to encourage independent doctors to join them and become employed physicians, so that they don’t have to invest in electronic health record systems that may become obsolete,” said Carey. “Hospitals like to own patient data and freeze out other providers not within their system so that they capture patient share and make it hard to share the data with doctors who might take business from them.”

The answer to this, she said, is for independent doctors to adopt an EHR policy that makes it easy for patients to have access to their own medical history – something many doctors are afraid of doing out of fear of violating the Health Information Portability and Accountability Act (HIPAA). 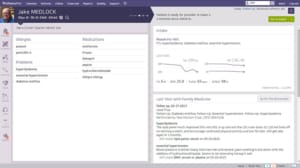 For independent doctors who are still using paper files to store patient records, adopting EHR software should not be a difficult task. Some of the most popular EHR software systems out there include AthenaOne and RXNT.

Make Telehealth a Featured Part of Your Business

Even before the nation went on lockdown due to the coronavirus, health insurance giant Kaiser Permanente revealed in 2018 that slightly more than 50% of doctor visits by its participants were through telehealth, and that the number of telehealth appointments shot up by 3700% from 2019 to 2020. The bottom line is that telehealth marketing is here to stay, especially in rural parts of the country where a trip to the doctor’s office may require a long drive.

Several states have passed laws requiring medical practices to inform patients of the price of their services before they are rendered. This prevents patients from receiving billing surprises after undergoing surgery or another medical procedure. The patient may believe that the surgery is covered by insurance, only to find out afterwards that one of the specialists involved in the surgery, such as the anesthesiologist, for example, may not accept insurance and receive a bill for thousands of dollars for that service.

States such as New Jersey, for example, have passed the Out-of-network Consumer Protection, Transparency, Cost Containment and Accountability Act in 2018, a law that independent New Jersey doctors claimed threatened their survival because it allows consumers to also seek an outside arbitrator to determine whether the cost of medical services are reasonable.

Carey said that despite the initial objections to these laws, price transparency among independent physicians – even ones that do not accept insurance – is necessary to ensure their survival because it encourages competition among physicians as well as hospital systems, which inevitably will drive down prices of medical services.

Automate Where you can

Some independent physicians are still stuck in the dark ages when it comes to technology but should automate some of their systems with software to make their lives easier and give them more time to spend with patients. These systems include automated appointment reminders, patient intake forms and billing – systems that large hospital systems already automate themselves.

How the Pandemic has Changed the Construction Industry