Getting to know strong women as inspirations for the next generation is paramount to the ongoing effort to advance the success of women-owned businesses. For Women’s History Month 2022, Kapitus had the honor of speaking with Katharina Kempf, founder of TokStrategies, the first and only agency that helps small businesses make public impressions on TikTok, the social media platform that last year surpassed Google as the most popular domain name in the world.

Effectively marketing on TikTok has been somewhat enigmatic since traditional ads used on business-centric platforms such as LinkedIn would largely be ineffective on TikTok’s personable video platform. Kempf, a former internal communications executive at TikTok and one of its first European employees, specializes in helping businesses unravel the mysteries of the platform. 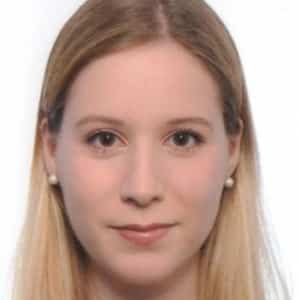 TikTok rose to more than 500 million monthly users during the pandemic and is now the world’s third-most-popular social media platform. Companies, however, are just in the early stages of finding out how to effectively use its popularity to their advantage. The platform’s approach to advertising is still in its experimental stages, and so is its early partnership with Shopify. Companies are also still learning what types of ads and videos TikTok users consider effective since most users are seeking something different from the platform than they would with other platforms, such as Facebook or Snapchat.

This is where TokStrategies comes into play. The firm helps businesses navigate through TikTok’s complicated paid ad choices, such as its influencer campaigns, as well as with content strategy and production.

“We are TokStrategies, a marketing agency with a dedicated focus on helping brands succeed on TikTok,” said Kempf. “Our agency is the first and only agency with a focus on TikTok that was founded by one of Europe’s first TikTok employees, who is also a creator on the platform with over half a million followers.”

After working at TikTok for nearly two years, Kempf, who is fluent in five languages, said she realized she wanted to start her own firm after she realized that TikTok’s work environment had shifted from a start-up atmosphere to more of a corporate one in which a long-term career path became more circuitous than with a startup. She also said she became a pro at growing followers on her own TikTok account, and wanted to teach others how to do that.

Navigating through TikTok’s advertising platform can be confusing. Kempf helps companies navigate through that to get the most out of the platform.

“As one of the first employees of TikTok in Europe, I had the chance to work in an amazingly fast-growing start-up environment and be very hands-on with a lot of projects,” she said. “However, as the company grew and senior managers from other social media platforms started joining the company, the start-up environment turned into a more corporate workspace. I think wanting to move back into the start-up scene was one of the inspirations for building my own business.

“The true ‘aha-moment’ however, came when me and my manager discussed my future career path with the company. I argued that being fluent in 5 languages, one of which being Mandarin Chinese, I was hoping to be put in a position where I could use these skills. At this point I had also used lots of our company’s products, many of which were only available in Mandarin, and had grown my Douyin (the Chinese sister app of TikTok) account to over half a million followers. Instead of being rewarded for all this, I was simply told that these skills weren’t needed in my current position, and that I wouldn’t be considered for either a promotion or a pay rise. This is when I finally decided to leave, build my own business, and live up to my potential.”

A Softer Approach to Business

Kempf said that women in business are often stereotyped as being super aggressive and dominant, and one of her early challenges was to overcome that image.

“I think that most of the obstacles I had to overcome in the early stages of my business weren’t necessarily gender-specific,” said Kempf. “However, one of the difficulties I faced was being confronted with certain stereotypes around women in business. Women in business and female entrepreneurs are often described with predominantly male character traits, such as dominance and aggression. And even though I was fighting not to portray this classical stereotype, I soon realized that it was almost expected from me to fit this image to the point where sometimes I wouldn’t be taken seriously if I didn’t.”

Almost all small businesses suffered as a result of the COVID-19 pandemic and its aftermaths, such as high inflation and worker shortages, and women-owned businesses were no exception. Kempf said that in the past year, she’s had to become more creative in hiring employees and has had to rely on networking to fill open positions.

“As a business, we needed to find new methods to find suitable candidates to fill our open positions,” said Kempf. “We had to move away from just posting on various job portals and are now actively searching and recruiting for new candidates by joining networking events in our area, relying on our network and direct referrals and even started working with universities to offer new graduates internship opportunities as well as part- and full-time positions with our company.”

Don’t forget to check out all of our Women’s History Month spotlightsWH this month!
How Jill De Forest Found Success and Founded De Forest Search

Shipping Unboxed: The Pros and Cons of Primary Postal Carriers
Scroll to top