At the age of 21, Ash Ambirge found herself parentless, homeless and sleeping in a K-Mart parking lot with less than $26 to her name. Facing rock bottom – but refusing to admit defeat – Ambirge put out an offer to the email list she curated from running a blog. She makes the first $2,500 of what would eventually be over a million running her own business. She did all of this while working and living in the backseat of her car. Fast forward to 2020. Ash Ambirge runs The Middle Finger Project ®. It’s an award-winning company and blog encouraging budding entrepreneurs to get gutsy because success is possible–regardless of the circumstances.

We spoke with Ambirge to talk about her new book, The Middle Finger Project, which publishes this week. We talked about how entrepreneurs and business owners – and those wishing to become one – need to trust in themselves and move through imposter syndrome to feel like the smartest and most successful person in the room. Here’s her advice for business owners of all levels. 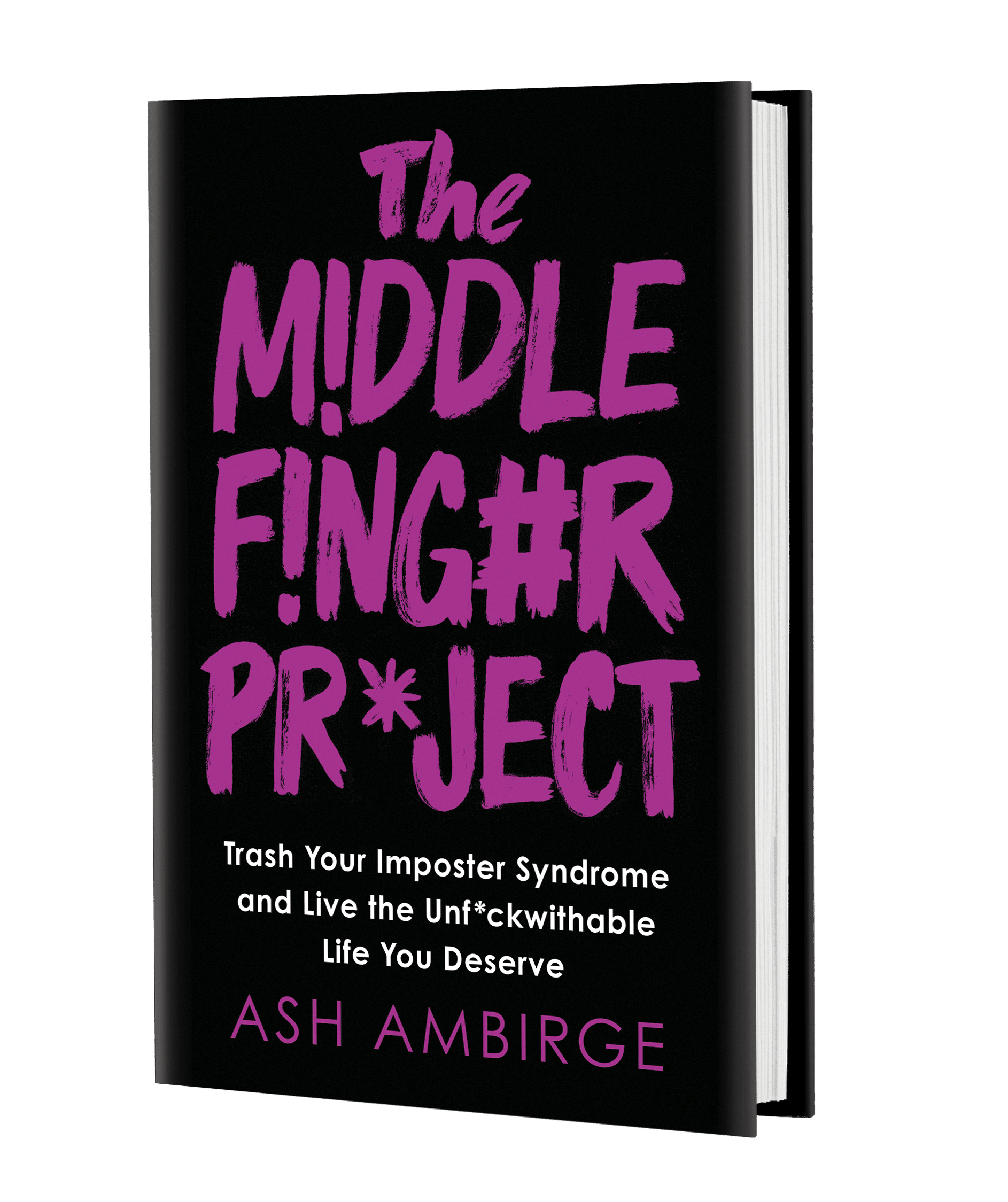 For the Budding Entrepreneurs

Sometimes the hardest part is starting. There are so many individuals with the skills and talent to start their own business, but fear or anxiety get in their way. Ambirge knows that feeling, but she has advice for people in this situation.

“Take a skill set that you have, any skill set, and figure out how to sell it to just one other person—without a website, without any fancy photos, without any official social media feeds. Forget all of that. None of that exists. So, how do you sell yourself now? Figure that out. Call someone. Approach a friend. Ask around. Network. Send an email that says, ‘Hey, do you know anyone who needs X?’ And make the most simple offer to the world: to help. You don’t need a degree to help. You don’t need resources. You don’t need fancy invoice software. All you need is a simple skill and the guts to say, ‘Here’s what I can do, and here’s how much it costs.’ Sell yourself to just one person, and you’ll soon find that you can sell yourself to the world. And that’s what you call having options.”

It doesn’t matter how long you’ve been in business. Even with success under your belt, the crushing feeling of imposter syndrome can still hit at any time. And when it does strike, it can feel suffocating. In the Middle Finger Project, Ambirge address these very valid concerns. Here’s a visual Ambirge recommends for entrepreneurs suffering from imposter syndrome:

“Imagine yourself in court. There’s a judge sitting there with a gavel, and the case being decided is whether or not you are competent and capable and deserving of your success. And on one side, you’ve got you as the prosecution, arguing against yourself. ‘I’m not worthy! I don’t belong here! Soon they’re going to see that I got here by mistake!’ But then on the other side you have the defense. The defense is all of the existing evidence that shows, on paper, everything you have accomplished, how you’ve helped others, the brilliant ideas you’ve had. I guarantee you that in the case of YOU versus THE EVIDENCE, the judge is going to take one look and rule in the favor of the evidence. And that’s because we cannot see ourselves objectively—none of us can.”

Ambirge continues, “We’re subjective beings. But when you put it down on paper, you can’t argue with the evidence anymore. So, what evidence do you have? What things have you done really well? What are you proud of? Spend some time and write these things down for anytime you need a witness.”

For Entrepreneurs Feeling Stagnant and Bored With Work

Have you built a successful careers? If so, you might feel the weight of your work bearing down on you. The spark is out, and instead of work driving you forward, you’re wondering if it’s time to make a shift. Do you even want to do this anymore? If you’re questioning whether you should pivot away from your current work, Ambirge suggests making a bold move.

Is Business Travel Insurance a Must-Have?
Scroll to top