Small businesses need to prepare for the challenges of hiring and managing union workers in the coming years, as union membership is expected to increase under the Biden Administration.

While union worker employment did not decrease that much during the pandemic as much as non-union workers, according to a study by the Economic Policy Institute, union membership is still at historic lows, thanks to union barriers created by previous presidential administrations and more states embracing ‘Right to Work’ laws over the past decades.

The Biden Administration, however, as part of its Build Back Better initiative, has already outlined plans to increase union membership across all sectors by promising punitive action against companies that violate labor laws, and denying funding to companies that engage in union-busting activities, among other things.

What Does This Mean For You?

So what does this mean for your small business? Whether you operate out of an office, are a small construction company, an independent restaurant or a small medical practice, you are most likely going to have to deal with tougher salary and benefits negotiations with union applicants. You also risk a protest and a giant, inflatable rat being placed in front of your office if you choose not to hire union workers. 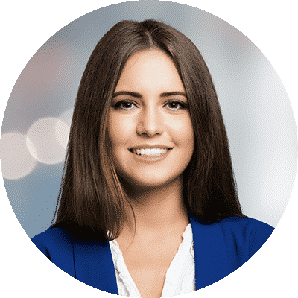 “Pro-union workers feel that syndicates are a fundamental building component of a powerful working class,” said Alina Clark, co-founder and marketing director at software development firm, CoCoDoc. “Opponents believe that unions are excessively restrictive and damage workers. Especially after the pandemic, the task of hiring union workers has become more challenging than ever.”

As a hiring manager, there are challenges you will face when hiring union workers. Some of them include:

Small business owners or their human resources managers cannot interfere with employees’ rights to organize, according to the National Labor Relations Board (NRLB). Small business owners, managers and HR executives are not allowed to fire, demote or strip an employee of his or her benefits if they join a union without some sort of negotiation.

This issue is especially important as safety concerns still linger due to the COVID-19 pandemic. Businesses both big and small must negotiate with unions on wages, hours, and workplace safety conditions.

Managing union dues. Some union employees may demand that their union dues be automatically withdrawn from their paychecks, so this is an issue that your accountant or payroll department may have to deal with.

Innovation May be Stifled

Some hiring managers said one of the biggest concerns of hiring unionized workers is that being in a union may stifle their creativity.

Brack Nelson, HR manager at Incrementors, a web design and internet marketing firm, said “Laborers are connected by the opinions of the union…working in groups promotes ‘group think’ positions, which troubles individual creativity.”

Clark added, “Union workers mainly work in groups which promotes conditions of ‘group thought’ that, in turn, deter individual innovation. The Unions are greatly focused on seniority. This typically means that fresh and high-performing [union] employees are not progressing. Likewise, personnel that do not perform at high levels are tough to demote. That, in turn, makes the process of hiring good and innovative [union] workers very difficult.”

Some tips on hiring and managing union workers:

Remember, despite the potential inconveniences unions may represent, they are not your enemies. Unions are there to ensure safe work environments, fair wages and, lest we forget, we can even thank them for weekends and 40-hour work weeks! The point is, we all want workers to be treated fairly, and if you already do that, you should have minimal problems with hiring union employees.