The end of 2021 is in sight, and that means small businesses will soon face the dreaded task of filing taxes for the year.

The Biden Administration has proposed tax increases for wealthy individuals and large corporations, and has spent much of its first year insisting that those tax increases would only affect the upper class, but be warned – that may not quite be the case in some instances.

According to small business owners and accountants, there are a number of tax issues under the Biden administration’s plan that SMB owners should keep an eye on as 2022 approaches that may affect their bottom lines.

Effects of the New Infrastructure Act

President Biden recently signed the $1.2 trillion Infrastructure Investment and Jobs Act which should offer a plethora of opportunities to small businesses by opening a floodgate of government contracts to apply to, as the government most likely will undoubtedly seek vendors for construction, IT support, administration and countless other areas. 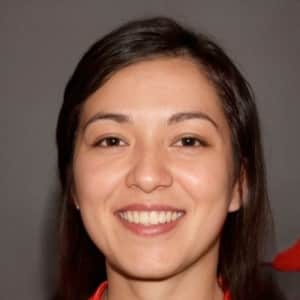 Carol Tompkins, business development consultant at online accounting software firm Accounts Portal, said one of the biggest impacts that a provision of the bill will have on small businesses is that it will mandate a four-week, paid leave program for every American CJ  Worker. While this won’t affect taxes for small businesses, it could have a large impact on employee retention.

“The program would also fund grants to small business owners to help fill in the gaps for employees who might be away on leave. And this was seen as an advantage even before the pandemic,” she said. “Such programs for companies that had them became a factor that affected employment and retention of staff.”

As far as taxes go, the biggest impact of the bill is that it will immediately end the Employee Retention Tax Credit, which was set up by the American Rescue Plan Act that gave businesses a 70% tax credit in qualifying wages per employee retained. The tax credit was to expire by the end of 2021.

Who Should Expect Changes to Other Tax Reforms

The types of small businesses that could be affected if the Biden Administration’s changes to the tax code are enacted are:

The Biden administration has repeatedly stated that 97% of small businesses won’t be affected by its proposed tax increases, as most of them are aimed at C corporations. That’s not exactly true. The Administration’s proposal would raise the individual income tax rate for individuals with income above $400,000 to 39.6% from 37%.

While it’s true that mom-and-pop shops won’t be affected by the hikes, high-margin pass-through businesses such as doctor and dentist offices, law firms, accounting firms, real estate developers and other small business that do report more than $400,000 in taxable income will see a tax hike, most likely in 2022 if Biden’s tax proposal becomes law. Tyler Davis, a CPA at SimplifyLLC, pointed out that businesses need to be wary of the Democrats’ proposal to increase the top capital gains tax rate from 20% to 25%.

Tyler Davis, a CPA at SimplifyLLC, pointed out that businesses need to be wary of the Democrats’ proposal to increase the top capital gains tax rate from 20% to 25% for individuals earning $400,000 or more, as well as a 3% surcharge on taxpayers whose gross income exceeds $5 million in a given year.

Democrats argue that the capital gains tax would only affect wealthy individuals who invest in the capital markets, but opponents say that many small business owners could be affected if they decide to sell an asset, such as property, after its value has risen, as the IRS may consider that a capital gain.

“Because income on LLC’s typically flows through to the business owners, this provision could apply to many small business owners,” said Tyler. “These changes haven’t been passed yet, but it’s important to be aware of the proposals and follow their progress.”

Pass-Throughs That Qualify for the QBI Deduction

During the summer, the Senate Finance Committee recommended passing the Small Business Tax Fairness Act that would make changes to the 199A deduction by not allowing pass-through businesses making more then  $400,000 per year to take a 20% tax deduction on qualified business income.

The 2017 Tax Cuts and Jobs Act, passed during the Trump Administration, allowed professionals such as accountants, attorneys, doctors, athletes, consultants and entertainers whose incomes exceeded thresholds of $157,500 for single taxpayers or $315,000 for married couples filing jointly to take the deduction. The Committee’s legislation would impose a cap of $400,000 to limit how much wealthy business owners could deduct from their taxes.

Some small business groups such as the National Federation of Independent Businesses fear that the Biden Administration will seek to completely eliminate the 20% deduction, but Biden said during the summer that it would only be repealed for businesses making $400,000 or more.

Businesses That Use Cash Apps

With online sales exploding during the COVID-19 pandemic, small businesses that use cash apps such as PayPal, Zelle and Venmo must now report single transactions with a minimum taxable amount of $600 – that’s all the way down from $20,000 under the TCJA.

The rule was passed this year and will go into effect on Jan. 1, 2022. The rule only applies to business transactions, but it could, in many cases, increase the taxes on money that small businesses make from online sales.

“The tax does not apply to friends sharing a bill after dinner, rent payments, or other personal payments,” said Tompkins. “The main purpose of the law is to bring about transparency when it comes to accounting for the deductible expense. This will be specific to business-related payments. Individuals making personal payments to each other need not worry.”

Under one of Biden’s proposals, small businesses – including family-owned businesses worth $1 million or more – could be taxed by as much as 40% upon the death of a business owner. Even if the business is not sold and passed down to a family member or other successor, this inheritance tax would apply.

Biden’s argument for this is that it would help level the playing field between ordinary workers just entering the workforce and young people inheriting highly profitable businesses from their patriarchs (or matriarchs), and would only apply to large companies. The plan is part of the Reconciliation Bill (part of the Build Back Better Act) being debated in Congress.

Biden, however, is getting heavy resistance, even from members of his own party, including former Senator Heidi Heitkamp. Heitkamp has publicly argued that the proposal would hurt small businesses, especially family farms.

“I’m trying to sound the alarm, both economically and politically, for Democrats that this is not a path to walk,” she said in a public statement. “The disruption that it would create for small family businesses, farmers and family assets is not worth the pain.”

The current tax on goods and services purchased from overseas customers (foreign derived intangible income) is 13.125%, but that number could be increased to match the 15% global minimum tax rate  that 130 countries so far, including China and Australia, agreed to impose.

According to a poll by the National Small Business Association, 64 percent of small companies sold products or services to customers abroad in 2020, and the number of organizations that have not yet sold overseas – but are considering doing so – is 63 percent, so a change to the FDII tax rate could impact a large number of small businesses. 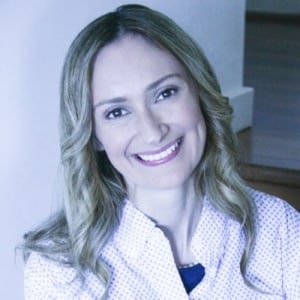 Crystal Stranger, international tax director at GBS Tax, said small businesses that have overseas customers should watch out for potential changes to the FDII.

“The FDII discount has come under pressure from the Organization for Economic Cooperation & Development (OECD) as creating a tax shelter for companies based in the US,” said Crystal Stranger, international tax director at GBS Tax. “The current effective tax rate when applying FDII is 13.125%, which falls below the target 15% global minimum tax rate, and as such this likely will be decreased to fall within that range. Also, it appears the types of sales this is applicable to could be narrowed somewhat, based on the House bill’s provisions.”

Talk to Your Accountant

Keeping up with potential new tax rules and how they may affect you can be tricky, so it’s important to stay in touch with your accountant. Any reputable accountant will keep up with the latest news on tax regulations and new rules from the IRS. It is up to you, however, to have your accountant keep you apprised of the latest deductions, rules and laws that may affect your bottom line when the tax man comes around.