Small businesses should be keeping an eye on this current session of Congress as well as the upcoming midterm elections. There are three bills still being debated in this current session of Congress that, if passed, could make it easier for small business owners to fund childcare for themselves and their employees, as well as lower credit card processing fees and give part-time workers additional benefits.

The Credit Card Competition Act of 2022 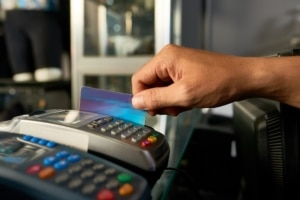 A controversial bill to reduce credit card processing fees for small businesses could be in the works this year.

The typical credit card processing fees range from 1.5% of a purchase to 3.5%, raking in hundreds of billions of dollars in profits for credit card issuers. These fees are typically priced into the costs of products and services offered by small businesses. Small business advocates such as the National Federation of Independent Businesses support the bill, saying that it will reduce the credit card processing fees charged to small businesses that are already feeling the burden of inflation, rising interest rates and other economic issues.

Banks and credit unions, however, are against the bill, saying that banks will cut cash-back rewards and other credit card perks as a way to offset the losses they will suffer if the bill gets passed. Many of them point to the controversial Durbin Amendment that was attached to the Dodd-Frank Act in 2010, which limited the interchange fees banks charged on debit cards, as a forewarning of the consequences consumers will suffer if the bill passes. That amendment, critics claim, did nothing to lower the cost of banking and led to retail banks eliminating rewards and perks offered on checking account debit cards.

Democrats in Congress are pushing for the bill to be voted upon in the current session of Congress. The Senate Committee on Banking, Housing and Urban Affairs even tried to attach the bill as an amendment to the National Defense Authorization Act (an annual defense spending bill that Congress almost always passes), but the effort was rejected. The likelihood of passage rests greatly on the results of the midterm elections, as it will most likely die if Republicans gain control of Congress. 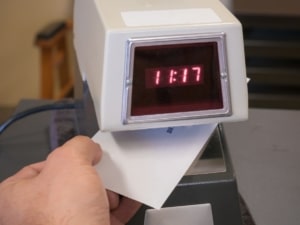 Part-time workers could be eligible for full-time benefits if Democratic legislation is passed.

businesses, as Democrats have been pushing for versions of this legislation since 2015. Renewed debate has once again begun on this bill, H.R. 6699,  and Congressional Democrats may want to push this bill out for a vote before the current, 117th session of Congress expires in January.

The one section of the bill that most pertains to small businesses is the one stating that if a part time employee has been with a company for a year or more, that employee is entitled to the protections of the Family Medical Leave Act. This act allows employees to take up to 12 weeks of unpaid leave for medical reasons as well as the birth of a child without fear of being fired. This could have an obvious impact on small business owners who are already facing labor shortage problems.

Another provision in the bill would affect high margin small businesses that offer retirement plans to their workers. This provision would allow part time workers who have worked at least 500 hours per year for two consecutive years for a company to participate in any retirement plan that company offers. If the bill were signed into law, it could cost small businesses that offer matches to their employees’ contributions to their 401(k) or other retirement plans, as they would have to make more matching contributions.

The eight co-sponsors of the bill, all Democrats, are pushing hard for a full vote on the floor of the House before the 117th session of Congress expires, especially if Republicans win back control of Congress. If that happens and the bill isn’t voted upon and signed into law by President Joe Biden before January, the bill will almost certainly die. 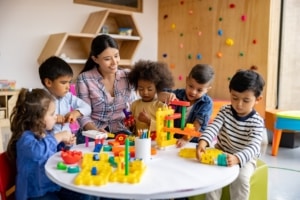 New legislation could make it easier for small businesses to fund childcare for their employees.

This bill, S.5022, is a bi-partisan bill introduced in late September 2022 that, if passed, would allow small businesses to use a portion of the proceeds of the popular Small Business Administration 504 CDC loan to provide childcare services to employees. This would help address a serious problem that small businesses face in hiring and retaining employees. Goldman Sachs found in its most recent 10,000 Small Businesses study that 80% of small business owners cite childcare as a hiring issue, and just as high of a percentage of those surveyed said that they support the government providing childcare assistance to workers.

Right now, qualifying small businesses can borrow up to $5 million through a SBA 504 CDC loan through Certified Development Companies to finance new equipment, build new facilities or purchase or lease additional land. The loan can also be used to improve storefronts and existing facilities, and the borrower must demonstrate that the proceeds will be used to create new jobs and help develop the community in which they operate.

This bill has a high chance of passing, as it was introduced by Sen. Chuck Grassley (R-IA) and co-sponsored by prominent Democrat Senator Gary Peters (D-MI). The bill was introduced in the Senate and will be debated by the members of the Senate Committee on Small Business and Entrepreneurship. Given that it is receiving bi-partisan support, the biggest threat to the bill being passed is time. There are only two months left in the 117th session of Congress, but if it isn’t voted upon within that time frame it could get reintroduced in the next session.

Show Your Support (or Opposition)!

There are several pieces of legislation being debated in Congress right now that you can show your support for. You can view upcoming bills and how they can affect your small business by clicking here. The site, Legiscan, also gives you access to the specific Representatives and Senators in your state and allows you to write to them to show your support or opposition to current bills circulating in Congress.