The policy differences between the Trump and Biden administrations may be night and day, and if President Joseph Biden has his way – especially with Democrats holding a slim majority in Congress for roughly the next year – small businesses may have to make significant changes in the way they manage employees.

As if running a small business wasn’t complicated enough – if you own and operate a small business, whether you also serve as the human resources manager or have an on-staff HR executive, you can expect legislative change in areas such as wages, diversity training, dealing with unionized employees and offering more paid time off.

Tracking and implementing potential changes may seem like an overwhelming task as debate continues on the American Infrastructure and Jobs Act and the American Families Plan (AFP), which will usher in sweeping changes if passed. If you don’t have an internal HR executive, you may want to consider hiring an outside HR consultant or business attorney to make sure you are in compliance with upcoming potential changes.

Some HR issues to consider under the Biden administration are:

An Expansion of the Family and Medical Leave Act (FMLA)

Under the current FMLA, employers must provide workers with up to 12 weeks of unpaid leave per year for illness or injury, or to care for a sick family member. Employees must be allowed to return to their same or an equivalent job at the end of their leave.

According to the fact sheet for the AFP, if Biden’s plan is enacted, you should expect to be required to give your employees paid time off for family matters and medical leave. The proposed changes would essentially create a sweeping increased paid family and medical leave program.

In short, the Biden administration is proposing that, over a 10-year period, employers guarantee 12 weeks of paid parental, family illness, personal illness or safety-related leave. Workers would receive three days of bereavement leave per year starting in year one. Congress is still debating the bill, but it is expected to be voted upon before the end of the year.

The PRO bill narrowly passed the US House of Representatives on March 9 and is currently being debated in the Senate. If passed, the PRO Act would present a potentially significant disadvantage to small business owners in that it would expand workers’ rights to organize and form unions.

The PRO Act, which would be enforced by the National Labor Relations Board, would also:

An Increase to the Minimum Wage

As we continue to navigate the ups and downs of the COVID-19 pandemic. labor groups and unions have been adamant about raising the current $7.25/hour federal minimum wage, which Democratic Vermont Senator Bernie Sanders has repeatedly referred to as a “starvation wage.” 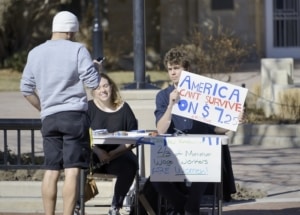 A national increase to minimum wage is one of the sweeping labor proposals from the Biden Administration.

Biden has spoken about raising the wage a number of times since his 2020 campaign, and ordered the minimum for federal contractors to be raised to $15/hour in April. Various states and private corporations such as Amazon and Target have already raised hourly wages to $15 to $20/hour.

While Congress has yet to hash out a plan to raise the wage, small businesses should already be considering a raise in pay to their hourly employees due to another concern: the current worker shortage.

People who were furloughed or laid off during the pandemic and are now re-entering the workforce are demanding more than the minimum wage and better working conditions. Small businesses need to comply with that despite the hit to their bottom lines.

The Incorporation of a Diversity, Equity and Inclusion (DEI) Policies

One of Biden’s first acts as president was to reverse President Trump’s executive order 13950 forbidding diversity-inclusion training and education in federal agencies, the military, federally-contracted companies (a large percentage of which are small businesses), and for federal grant recipients.

The revocation of the order affects small businesses – even ones that have 10 or less employees – in that it makes them more susceptible to legal action for discrimination, especially if they do not have a DEI training plan in place. The intent of the revocation was to encourage companies to put DEI training programs in place, but with such a policy in place, it may be possible for employees to prove unconscious bias or systemic racism in a lawsuit against an employer.

“A company’s unilateral decision to enforce DEI policies regarding bias/systemic racism is an employee’s only protection while at work,” said Andrew Lacy, founding Attorney of The Lacy Employment Law Firm, a labor rights and employment firm, in an interview with HR consulting firm Zenefits.

An Increase in Immigrants and Foreign Visa Workers

The US workforce, on average, relies on 1 million foreign temporary workers and 8 million undocumented immigrants. Under the Trump administration, most new temporary work visas were suspended under the decree that those temporary workers competed with Americans for jobs.

Additionally, Trump rejected new applications for the President Obama-era program of Deferred Action for Childhood Arrivals (DACA), a program that provided a 2-year period of deferred action from deportation and granted a work permit, among other protections, and temporarily suspended a variety of work visas in his attempt to limit immigration. Trump’s attempts to limit immigration arguably disrupted the workforce in the US, since undocumented immigrants often fill low-paying jobs and are always in need by both big and small businesses alike.

Under Biden’s proposed U.S. Citizenship Act of 2021, roughly 11 million undocumented immigrants will have extended legal rights as well as an eight-year pathway to citizenship. Additionally, the act will limit workplace raids by the Immigration and Customs Enforcement (ICE), thus presenting less disruption to small businesses.

Anyway You Slice it, Change is Likely Coming

Whether you call yourself liberal or conservative, the fact is that now is the first time Democrats have controlled the executive and legislative branches of the federal government since 2015, and this will be the case until after the midterm elections in January 2023.

With a little more than a year to go, you can bet Democrats will push for as much of the Biden Administration’s agenda as possible, so if you’re an SMB owner or an HR executive at an SMB, you can most definitely expect change between now and 2022, and now is the time to start preparing for it.

Ways to Modernize Your Customer Engagement
Scroll to top