Small business owners have dealt with a multitude of challenges this past year, and now, yet another is looming on the horizon: rising interest rates. Federal Reserve Chairman Jerome Powell has publicly stated that fighting inflation is one of the Fed’s biggest priorities this year, and has all but stated that the Fed will raise the federal funds overnight rate at the next Board of Governors meeting on March 17.

What the Fed will do afterward is still up in the air. The majority of Fed Reserve members are predicting only three rate hikes this year, while economists at financial institutions such as Bank of America foresee up to seven rate hikes this year. Currently, the overnight rate – the interest rate at which commercial banks lend money to one another – has remained firm at 25 basis points (0.25%) since the start of the pandemic to encourage consumer spending.

Beware the Cost of Capital

The Fed’s upcoming tightening of its monetary policy will mean higher interest rates for banks, who will 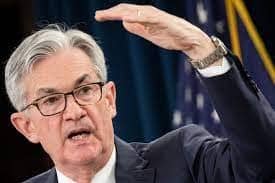 then pass along those costs to its borrowers. Put simply, if you’re a small business that relies on financing or planning to borrow this year, you’re going to see higher interest rates on most types of loans, be it term loans, revolving lines of credit, equipment financing, SBA 7(a) loans, invoice factoring and business credit cards. Additionally, if you plan to buy property for or through your small business, you will see a higher interest rate on your mortgage.

This could mean that the cost of lending could increase significantly at a time when small businesses are already dealing with staff shortages, spiking inflation and supply chain disruption. Fiscal year 2020 was also a year in which small businesses, which make up 99% of businesses in America, relied heavily on financing to get through the pandemic, according to the US Small Business Administration. That trend is likely to continue.

For the year ending Oct. 28, 2021, small businesses borrowed $28 billion through SBA lending programs, according to the US Small Business Administration, a significant spike from the previous year. Small businesses also relied on $525 billion given to them through the Paycheck Protection Program.

Lock in Your Rate Now

If you are considering any sort of financing for your small business through a bank this year, you would be well advised to try to do so before March 17, the day when the Fed is expected to increase the overnight rate. 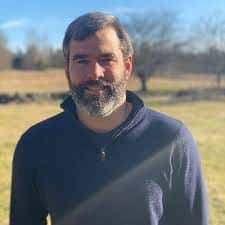 Kapitus COO Ben Johnston says that rates on most bank lending products will continue to rise this year as the Fed continues to tighten monetary policy.

“Interest rates have already begun to rise in anticipation of Federal Reserve rate increases in 2022,” said Ben Johnston, chief operating officer at Kapitus. “Small businesses that are currently seeking capital will likely see higher rates than they would have last summer on most bank lending products.

“For small businesses that currently finance themselves with variable rate products, rates have already risen from their pandemic lows and are likely to rise more. Fixed-rate loans are not subject to interest rate volatility, but borrowers will see higher rates should they choose to refinance or upsize their fixed rate portfolios.”

The Fed’s tightening in March may also mean bad news for small businesses on a macro level, given that rising interest rates generally have an inverse effect on consumer spending. The idea is that when interest rates rise, people generally tend to borrow less and therefore, be inclined to spend less and save more because the interest on their savings will go up. Consumers are also less likely to finance the purchases of big ticket items, since rates will be higher.

With the economy being as wonky as it has been since the beginning of the pandemic, it remains questionable if raising the overnight rate will have that effect on consumers. Of course, less consumer spending will naturally lower inflation because the demand for goods will decrease. Less spending, however, means fewer sales for businesses in general.

Besides securing a low rate now for any lending product you plan to apply for, there are other ways to prepare for higher interest rates:

An economic slowdown may be inevitable when rates are increased, but by preparing now for higher rates, your small business should be able to continue its growth and innovation. Also, since the infamous Sept. 11, 2001 terrorist attacks, the overnight rate has swung wildly. Consider that the overnight rate spiked from roughly 1% at the beginning of 2004 to 5.25% at the end of 2006, and then went to nearly zero at the beginning of 2009. Your business will get through this period.

Seeking Inspiration? Check Out the 10 Best Ted Talks of 2021 for Small Busi...