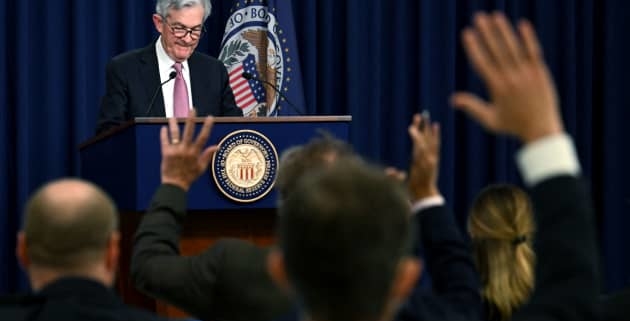 Are we in a recession? As far as economists are concerned, we are, as the US has now experienced two consecutive quarters of negative Real GDP growth – the typical measuring stick of a recession. As far as economic downturns go, however, small business owners shouldn’t go into full panic mode just yet, as this recession doesn’t quite seem to have the teeth of prior ones. The two immediate past recessions are the one in 2020 that resulted from the COVID-19 pandemic and the Great Recession in 2008-2009 after the housing market collapse.

Key economic factors are showing that the US economy is still strong in many areas, and while rising inflation is forcing many people to readjust their budgets, consumers are still spending and total business sales in the US are still climbing upwards. This is good news for small business owners, who are more worried about the future than ever before as they’re trying to adjust their prices due to inflation.

What Does Negative GDP Growth Mean?

The Real GDP (inflation-adjusted) is the final monetary value of all goods and services produced by the US in any given period. In other words, it tells us what consumers are paying for products and services, and provides a snapshot of the economy’s size and growth rate. In the last two quarters, the national GDP fell by 1.6% and 0.9%, respectively. Additionally, stock market volatility is continuing as the Standard & Poor’s 500 Index is still down from its one year high in December 2021.

Negative growth usually means declining wages and corporate sales as well as a shrinking money supply, but none of those things seem to be happening right now. Additionally, while wealthy investors aren’t making as much money in the stock market right now as they were at the beginning of the year, that’s hardly an indication of how the overall economy is doing.

Not all Gloom and Doom

What this all means is that we are currently living in an ambiguous economic time as the country continues to bounce back from COVID: consumers are spending more, business sales are continuing to climb and the unemployment rate remains low, despite negative GDP growth. While everyone is feeling the pinch of skyrocketing inflation, statistics show that rising average wages are helping to offset that challenge.

Additionally, negative GDP growth may be being driven, in large part, by the continued supply chain shortages – consumers still want to buy products, but those products just aren’t hitting the shelves, thus driving down GDP growth.

Here are some of the factors to show that this recession may not be as painful as past ones.

Business Sales are up

Total business sales track the value of all goods and services delivered to consumers. Recent numbers show that despite inflation, consumers are still buying, especially in the travel and entertainment industries, after being cooped up in their homes for two years during COVID lockdowns. According to a presentation by the St. Louis Federal Reserve (using Bureau of Labor Statistics data), total business sales were $1.83 trillion in June 2022, up from $1.82 trillion in the previous month and $1.76 trillion in January 2022. 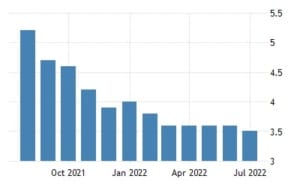 The US unemployment rate remains low, despite negative GDP growth.

all, if people don’t have jobs and aren’t making more money, they can’t spend. The unemployment rate dipped to 3.5% in July after remaining steady at 3.6% every month for the three months prior, while roughly 528,000 new jobs were added in July. In comparison, the unemployment rate was 14.7% in April 2020 at the height of the pandemic, and 10% in October 2009 during the Great Recession.

Additionally, according to the Atlanta Federal Reserve (using data from the Bureau of Labor Statistics), the three-month rolling average median wage growth in the US was 6.7% in June 2022, as businesses both large and small are still struggling to attract workers during the “Great Resignation.” The BLS’ Job Openings and Labor Turnover Summary (JOLTS) report showed that the quit rate (the percentage of people leaving their current jobs) remained steadfast at 2.8%, while the number of layoffs remained unchanged at 1.3 million.

In a recession, especially when inflation remains high, one might expect consumer spending and inflation-adjusted disposable income to be down, as it was in 2020 and 2009. Incredibly, that isn’t the case right now. Gross median income in the US continues to grow at a slow but steady pace, as it rose 0.6% in June 2022. Median disposable income (net income after taxes) rose 0.7% in June 2022, up from 0.4% in April 2022, according to the Bureau of Economic Analysis.

Of course, one would expect that consumers, especially in low- to middle-income areas, are struggling due to rising food and fuel costs, but according to BEA stats, people are still looking to buy products and services, especially in the travel and entertainment sectors. Personal consumption expenditures rose 1.1% in June 2022, despite rising inflation and interest rates, an increase from 0.3% in May and 0.5% in April. For perspective, consumer spending was -2.8% in mid-2008 to mid-2009 during the Great Recession. 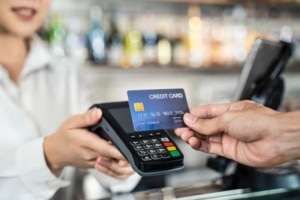 Despite rising credit card debt, consumer spending is still on the rise.

One alarming trend, however, is that while consumers are still spending, they are dealing with higher prices by racking up credit card debt. A recent study by the Federal Reserve Bank of New York showed a 13% increase in year-over-year cumulative credit card balances, as well as a $46 billion increase in credit card debt in the second quarter – the largest increases since 2002. Credit cards do have spending limits, however, so as a small business owner, it may behoove you to look for ways to offer some discounts on your most popular products.

Housing costs are a major benchmark of whether a recession is happening, as lowered housing costs typically indicate that fewer people can afford to purchase a home. According to Mortgage News Daily, the 30-year fixed mortgage rate fell to 5.13% at the end of July 2022, down from over 6% in mid-June 2022, suggesting that housing prices are cooling a bit due to continued interest rate hikes.

The cool off in housing prices, however, are following an all-time high in median sale price of a home in the second quarter, which was $440,300. At the height of the housing boom in the 2000’s, the median sale price of a home was $257,400 in the first quarter of 2007. This indicates that there is still a supply-demand imbalance for new homes in the US, and that consumers are still willing to pay high prices to purchase a home.

What do the Experts Say?

Financial experts are divided on whether the US is truly in a recession. Tom Siomades, CIO at Wealth Management, believes we are, despite positive economic indicators. Siomades firmly believes that negative GDP is the main factor.

“This is technically a recession,” he said. “Some may try to define a recession in other terms but cherry-picking positive data points and ignoring the negative ones is not an effective way to deal with the challenges we face.” 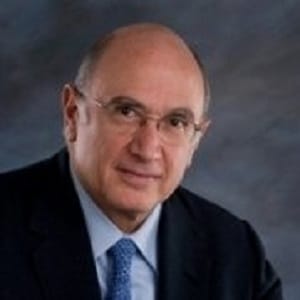 Peter Tanous, head of Lynx Investment Management, believes low unemployment indicates that the US is, in fact, not in recession.

indicates that the economy is fine, despite negative growth.

“We are not in a recession if the unemployment rate remains below 5%,” said Tanous. “Most economists do not believe that the decline (in GDP) so far, while technically a sign of a recession, qualifies as such given the other positive economic indicators including demand for workers and the low unemployment rate…We are not there.”

What Does This Mean for Small Businesses?

Small businesses are still the backbone of the US economy, and when a recession hits, they typically feel the pain more than anyone. However, we know that fancy economic terms don’t really mean much to the average small business owner – making money does. So, what should small business owners do in light of all of the confusing economic indicators out there?

For one thing, doom and gloom isn’t on the horizon as many economists may be telling you. Double down on your marketing – consumers are still looking to buy your products, and the competition out there is still stiff. Reorganize your inventory to keep your most popular items in stock, and keep searching for new employees if you need and can afford them.

You Should Still be Cautious

At the same time., it’s always a good idea to err on the side of caution by making preparations for a true recession, because you never know when the economy will take a downturn. The statistics, however, show that you have more reason to be upbeat than you may realize.

The Importance of Separating Business and Personal Expenses
Scroll to top