As if taxes weren’t confusing enough for small businesses: Shifting tax proposals under the Biden administration’s proposed American Families Plan and American Jobs Act, as well as new business paradigms created by the COVID-19 pandemic, are keeping small businesses on their toes when it comes to managing taxes and expenses.

While uncertainty looms regarding how proposed legislation will play out, one thing is certain: if you’re a small business, you need to keep in close contact with your accountant to make sure you are not missing out on tax breaks due to changing regulations. You need to also talk to your accountant on how to best prepare for new, upcoming tax rules.

One of the biggest sources of angst for big and small businesses alike is that under the Biden administration’s proposed American Jobs Plan, the administration originally was looking to hike the corporate tax rate to 28% from the current 21%. Now it is proposing to scrap that idea and implement a 15% corporate minimum tax rate as a compromise with Congressional Republicans. The minimum corporate tax rate is currently 2%, which was established under the Tax Cuts and Jobs Plan Act (TCJA) in 2018.

Any corporate tax hike would likely only affect C corporations which, according to the Small Business Administration, comprise about 3% of the approximately 30 million small businesses in the US. However, Biden’s proposed personal income tax increase still can affect pass-throughs.

Pass-Throughs Not Out of the Woods Yet

If your business is a pass-through and makes over $400,000 per year, proposed income tax increases could still affect you. The Biden administration’s Jobs Plan proposes increasing the individual tax rate to those earning $400,000 or more to the original 39.6% from the 37% established in 2018’s Tax Cuts and Jobs Act (TCJA). If you are a pass-through business and your personal income is tied to your company’s income, that will spell a tax increase that you and your accountant should talk about and prepare for.

Michael Hamelburger, CEO of tax consultant The Bottom Line Group, added “The $400,000 floor is also not yet well-defined, state and local taxes are also forecasted to increase, making this tax season even more difficult. Bear in mind that states and cities are cash-strapped due to the pandemic, so expect there’ll be more taxes in the coming months as we head into recovery with the prospect of vaccinating the majority of the population.”

Steven Weil, president of small business specialist RMS Accounting in Ft. Lauderdale, FL, suggested that applicable small businesses and C corps. – if they can afford to do so – should talk to their accountants about whether it would make sense to defer income to future years in order to partially offset the expected upcoming tax increases. Deferring a portion of your income from 2022 to 2023 could lower your tax bill in 2022 since, on paper, you’re making less that year.

“If Biden is able to pass what he wants to pass and we see those increases, we know that they’re going to be there at least two years,” said Weil. “The possible short-term planning would be to delay income and to take any expenses that you can now.

“If you believe that the tax increases are going to sneak into other places (besides corporate income), and it certainly appears that they probably will… you may want to pull additional income into this year.”

Don’t Miss Out on Deductions

Weil pointed out that the American Rescue Plan Act (ARPA) clarified and improved several tax issues with regards to PPP loans that small business owners may not have been aware of, and that they should double-check with their accountants to see if they missed out on any deductions.

One example, he said, was that until ARPA was passed in March, small business owners were unable to receive the Employee Retention Tax Credit (ERTC) for 2020 if they also received a PPP loan in 2020. Under ARPA, they can.

Another potential tax deduction that small business owners should consider is that they can now take tax deductions on business items purchased using PPP money. Until ARPA was passed, they could not.

“I had many clients that I said you know the cost of doing your tax return is going up substantially this year, but I was able to find you an extra $5,000 or $25,000,” Weil said.

Other tax breaks, as well as expenses that small businesses should keep an eye on as the Biden Administration continues to hash out its tax plan include:

The administration is proposing to make permanent the limit on deducting business losses exceeding $250,000 ($500,000 for joint filers). This limit was created by the TCJA and was originally scheduled to be in effect from 2018 through 2026. It was suspended from 2018 through 2020, but is back in place for 2021 and scheduled to expire with the rest of TCJA’s individual provisions in 2027.

Under ARPA, employers are on the hook for fronting 100% COBRA premium payments to workers that were terminated or had hours reduced and lost their health insurance in 2020 as a result. The employer will advance the money for the premiums and be reimbursed by the government through a refundable payroll tax credit against the employer-side Medicare tax. The benefit will be available to laid-off or furloughed employees from the beginning of April through the end of September. 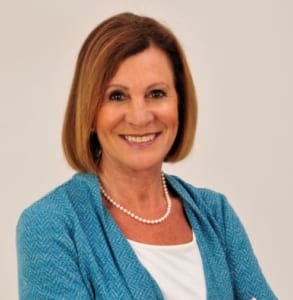 “This is a big deal because it’s not only that the employers are paying the cost of coverage, but employers have to provide notice about the coverage and refund the employee if the employee paid premiums during this period,” said Weltman. “The bottom line is that you really need to work with your accountant on this,” she added.

One benefit for small businesses under the Biden administration is that under the Consolidated Appropriations Act of 2021, signed in April, the cost of business meals are now 100% deductible, provided that they are at a restaurant and that they are carefully itemized. That number is up from 50% under the TCJA.

There are, however, tax implications to doing this. According to a recent thought leadership paper published by accounting firm KPMG on the subject of moving to a remote working environment, employers must withhold local and state taxes in the jurisdiction of the full-time employee and possibly from the location of the company’s headquarters. While some states such as New York and New Jersey and the District of Columbia and Maryland do have reciprocity agreements in place, others do not, thus underscoring the need to keep in touch with your accountant.

Small businesses aren’t audited by the IRS too often, but that could change under the Biden Administration, Weltman warned. Under the proposed American Families Plan, the administration is seeking to spend $80 billion over the next decade to fund audits of large corporations and high earners that may be seeking tax loopholes. While the proposal is intended to make large corporations, it will also likely affect pass-through companies and small limited partnership companies that report more than $400,000 in earnings per year.

“Of course audits will be time and stress and aggravation, but there won’t be any change in your taxes if you’ve done things right,” Weltman said.

How to Manage Your Company’s Financial Turnaround

As Pandemic Nears End, Conditions May Be Right for Equipment Financing
Scroll to top