Most small business owners know that their physical stores or offices must be compliant with the Americans with Disabilities Act of 1990 (after all, they’ve had more than 30 years to learn and comply with the law), but did you know that despite your efforts, you may still be susceptible to an ADA lawsuit?

That’s because the ADA itself obviously predates the advent of the internet, and therefore no one is really sure how much legal liability risk you’re carrying as it relates to your website.. 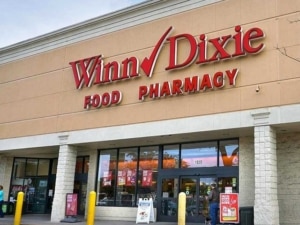 A lawsuit against Winn Dixie placed renewed emphasis on whether websites need to be ADA compliant.

the Gil v. Winn Dixie case, it gave some short-term clarity on the issue. However, while the court ruled in favor of the business, the case generally put a renewed spotlight on the ambiguous subject of whether business websites should be required to accommodate people with physical and mental impairments.

In Gil v Winn Dixie, a customer sued the grocery chain because its website did not accommodate visually impaired people, and therefore treated disabled people as “second class shoppers,” according to the plaintiff’s affidavit. In short, the plaintiff, Mr. Gil, claimed that he was given less preferable treatment than non-disabled customers.

The 11th Circuit court, which covers Alabama, Georgia and Florida, ultimately ruled that Winn Dixie’s website did not fall under “places of public accommodation” under Title III of the law, and therefore its website is not required to be accessible to impaired or disabled people, even though its brick-and-mortar stores do need to be ADA compliant.

Jury Still Out, Despite Decision

It’s important to note, however, that the judges’ decision in the case was somewhat narrow in its scope. Although they ruled in Winn Dixie’s favor, they did so largely because the company’s website is not a point-of-sale. The judges noted in their decision that there was nothing to prevent Mr. Gil from making transactions at any of Winn Dixie’s physical stores, which are ADA compliant.

Legal experts have pointed out that if the website were a point-of-sale and disabled people could not conduct transactions on it (i.e., the customer had to renew and pay for a prescription on its site), the decision may have been different. So if your business has a website in which customers can make purchases, you may still face legal liability risk if your site is inaccessible.

Why the Case Matters

In recent years, website accessibility lawsuits have skyrocketed as the legal community continues to wrestle with the issue of whether websites should be ADA compliant.

According to a study from UsableNet, the number of ADA-related digital lawsuits climbed to 3,550 in the US in 2020, up from 2,314 in 2018. Gil v Winn Dixie, however, was one of the few cases that made it to the Appellate Court, and while the court’s ruling ultimately favored businesses, it also puts a renewed spotlight on how companies – especially small businesses that may not be able to afford costly legal battles – should take steps to avoid sometimes-frivolous ADA lawsuits by making their websites accessible to people with disabilities.

Last year, the 116th session of Congress ended up voting against the Online Accessibility Act which would have amended the ADA to include requirements to make websites accessible, but with a new Presidential administration and the fact that Senate Democrats now hold a slim majority, the issue could be taken up again shortly.

What are the Current Laws?

ADA requirements for physical stores and offices have been around for nearly three decades and are well-known, but – barring legislation from Congress – the question of how the ADA applies to websites is still murky.

In 2010, the US Dept. of Justice passed the Americans with Disabilities Act Standards for Accessible Design, mandating that electronic and information technology, such as websites, be accessible to those with disabilities such as the visually and hearing-impaired. The act does not, however, cite specific steps companies need to take to make their websites accessible.

Today, many companies use the Worldwide Web Consortium’s (W3C) Web Content Accessibility Guidelines (WCAG) version 2.1 as a guide to making sure their sites are up to standard. While WCAG is not a legal document, W3C is an international community of web developers that is respected around the globe.

While the issue is still ambiguous, if you’re a small business owner, it’s probably best to err on the side of caution when it comes to your website, lest you find yourself having to pay exorbitant legal fees in order to fend off a lawsuit.

If you’re concerned about your website and are seeking to make it ADA compliant, you may wish to consult with an attorney. There are also plenty of software packages out there that can assist you in making sure your site is accessible to those with disabilities. 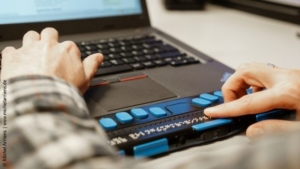 Screen readers for your website can help you avoid a costly ADA lawsuit.

The first thing you may wish to do is invest in a screen reader for your site. A screen reader is a software program that allows blind or visually impaired individuals to read the text that is displayed on a computer screen via a speech synthesizer or a pad that will translate text on the screen into braille. Many of these software packages are available online and are free.

Additionally, your best bet is to carefully read WCAG 2.1 and make sure that your website follows its guidelines. You may wish to do this with an attorney. There are 4 basic principles to WCAG. A website must be:

Aside from the four principles stated, there are other actions to take to follow WCAG 2.1. On your site, you should make sure to:

While making sure your website is accessible to all users will take time and energy, it is an exercise worth undertaking. First, it will enable you to avoid a costly lawsuit. Second, showing the world that you’re empathetic to people with disabilities, and making your site accessible will improve your public image. Third, it could even increase your customer base to include more people with disabilities.

How Businesses can Counter the Threat of Deepfakes
Scroll to top